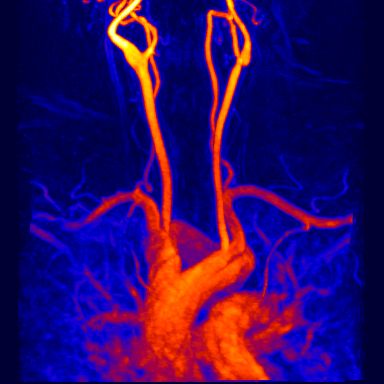 You heard it hear First………

He will now be Tesla’s Vice President of Vehicle Programs

Tesla Motors just grabbed an Apple engineer for its team.

“Doug has demonstrated the leadership and technical talent to develop and deliveroutstanding products, including what are widely considered the best computers in the world,” said Tesla CEO Elon Musk. “Tesla’s future depends on engineers who can create the most innovative, technologically advanced vehicles in the world. Doug’s experience in both consumer electronics and traditional automotive makes him an important addition to our leadership team.”

Field, who started his engineering career in the auto industry with Ford Motor Company, is responsible for the development of many popular Apple products like MacBook Air, iMac and MacBook Pro.

“Until Tesla came along, I had never seriously considered leaving Apple,” said Field. “I started my career with the goal of creating incredible cars, but ultimately left the auto industry in search of fast-paced, exciting engineering challenges elsewhere. As the first high tech auto company in modern history, Tesla is at last an opportunity for me and many others to pursue the dream of building the best cars in the world—while being part of one of the most innovative companies in Silicon Valley.”

Tesla wants the best engineers out there, and where better to go searching than a former auto engineer who works at one of the top tech companies in the world. Tesla and Apple are a lot alike in that they both sell high-end, clean-designed products meant to rock their respective industries.

If you’ve ever wondered how much energy it takes to perform a full body scan, consider this: a new MRI designed to probe the deep structure of the brain uses a magnet more powerful than the ones inside the Large Hadron Collider. This magnet could pick up a 60-metric-ton tank. It could create a field strong enough to affect the weak diamagnetism of blood, even levitating small animals. Or, if used properly, it could align a good portion of the protons in your body, turning your atomic structure into the most powerful musical instrument of all time. In an MRI, applying the magnetic field puts tension on the atomic strings, and sudden removal of the field plucks them — the hydrogen-rich water molecules in your body snap back to their lowest energy state, and in the process give off radio waves that can be collected to show how those molecules were arranged.

So the resolution of an MRI is directly related to, among other things, field strength. Most medical imaging machines produce fields between 0.5 and three teslas in strength — that’s enough to align a good portion of the hydrogen nuclei (protons) in the body, enough to see large scale structures like tumors or loss of brain mass. However, for research purposes it’s often necessary to dramatically increase the strength of the magnetic field, aligning nuclei even more densely and thus creating more data points per cubic centimeter. Newer research MRI machines can produce fields of around nine teslas, but this upcoming machine, called INUMAC, can reach strengths of almost 12. It creates this field using coils made of more than 200 kilometers of superconducting cable.

INUMAC stands for Imaging of Neuro disease Using high-field MR And Contrastophores — even with all those skipped words and a price tag in excess of $250 million, they still couldn’t come up with a meaningful acronym. It is at least descriptive, however: INUMAC will use a high-powered magnetic resonance field to image neurological disease. To add to this field, it’s necessary to start looking at the brain on a much more detailed level than ever before. Where normal hospital scanners can see down to resolution of about a cubic millimeter (roughly 10,000 neurons per pixel), INUMAC will be able to see roughly ten times more acutely, with a resolution of 0.1 mm, or 1000 neurons. The brain also functions at an incredible pace, and the standard MRI “time resolution” of one second can lead to smudged images, almost like leaving the shutter open too long on a camera. INUMAC will be able to capture information across just one tenth of a second, which will dramatically reduce noise in its measurements.

In fact, INUMAC’s field is so strong it could even allow new forms of imaging. As mentioned, modern MRI machines look for the RF signals of realigning hydrogen nuclei, but a sufficiently powerful magnet could look with other elements like sodium or potassium. This could potentially reveal a whole new array of evidence about the brain, new tissues that incorporate few freely aligning hydrogen atoms and are thus underrepresented on “1H-MRI” scans. INUMAC’s super-magnet must be kept at a chilly -271 degrees Celsius or else lose its superconductivity, though, and the liquid helium required to do this makes an economy model impossible to imagine. Until we learn to make cheap, readily available superconductors that operate at or near room temperature, there’s no way to get this kind of functionality to the masses.

The team hopes to have INUMAC producing working research images by 2015.

GE Healthcare has introduced a new data acquisition technology designed to improve patient comfort by largely eliminating the horrible noise generated during an MRI scan. Conventional MRI scanners can generate noise levels in excess of 110 dBA (creating a din that sounds like a cross between a vehicle’s reverse warning horn and a Star Trek phaser) but GE says its new Silent Scan MRI technology can reduce this to just above background noise levels in the exam room.

The noise that MRI scanners produce is related to changes in the magnetic field that allow the slice by slice body scan to be carried out. In recent years, industry efforts to speed up the scanning process have also resulted in louder and louder scans. The designers have attempted to dampen these noises with mufflers and baffles, achieving only limited success.

Silent Scan is achieved through two new developments. First, acoustic noise is essentially eliminated by using a new 3D scanning and reconstruction technique called Silenz. When the Silenz protocol is used in combination with GE’s new high-fidelity MRI gradient and RF system electronics, the MRI scanning noise is largely eliminated at its source.

At the 2012 meeting of the Radiological Society of North America, an MRI system compatible with the Silent Scan technology was linked into a soundproof room. When the MRI system used conventional scanning methods, a staccato, stuttering racket with noise peaks up to 110 dBA was heard. However, when Silent Scan was switched on, the noise level dropped to 76 dBA, just above the background noise of the MRI electronics. This is accomplished without substantial trade-offs in scanning time or image quality, according to Richard Hausmann, president and CEO, GE Healthcare MR. The comparison is shown in this video.

Silent Scan technology has not yet obtained 510k Premarketing Notification clearance from the FDA, so it’s not yet available for sale. GE is presumably hoping for a decision that Silent Scan is “substantially equivalent” to existing MRI scanners, a result that would greatly simplify the new technology’s entry into the diagnostic market.

“Silent Scan is a huge breakthrough for the MR industry and for patients around the world,” says Richard Hausmann, president and CEO, GE Healthcare MR. “Excessive acoustic noise is a major cause of patient discomfort during MR scans and GE is addressing that with Silent Scan, a new MR advanced application and a major innovation in the healthcare industry. GE is very serious about Humanizing MR and making its MR systems patient-friendly, safe, and without compromise.”

Historically, acoustic noise mitigation techniques have focused on insulating components and muffling sound as opposed to treating the noise at the source. With Silent Scan, acoustic noise is essentially eliminated by employing a new advanced 3D acquisition and reconstruction technique called Silenz, in combination with GE Healthcare’s proprietary design of the high-fidelity MR gradient and RF system electronics. Silent Scan is designed to eliminate the noise at its source; with Silent Scan, patients will experience a more relaxing scanning environment.

Silent Scan is one way in which GE MR is Humanizing MR and putting patients first. GE’s MR systems deliver superb image quality and an optimized patient experience, balancing caring design with insightful technology. Another example of this on display at RSNA is the Optima MR430s 1.5T extremity scanner, which allows patients to undergo an MR exam while sitting in a chair, with Image Quality equivalent to a traditional whole body MR system.

*Silent Scan is 510(k) pending at U.S. FDA and not available for sale.

The 2013 ACR Guidance Document on MR Safe Practices is available. At this moment, it’s only available to subscribers of JMRI, but my understanding is that it will be made freely available for download, soon.

Here are some cool images that are labeled. These are useful in determining the effects on the stroke patient. By understanding what part each area of the brain does we can better understand the actual damage of a CVA. 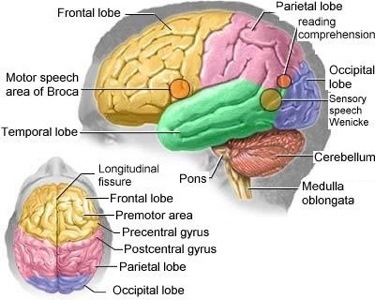 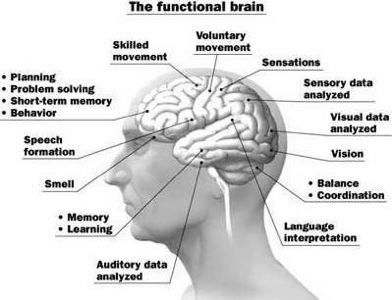 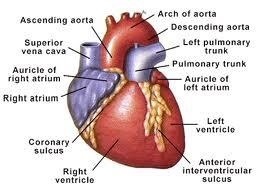 This has nothing to do with MRI but this is really cool!!

RadiologyInfo.org tells you how various x-ray, CT, MRI, ultrasound, radiation therapy and other procedures are performed. It also addresses what you may experience and how to prepare for the exams. The website contains over 115 radiologic procedures and is updated frequently with new information. All material on theRadiologyInfo.org website is reviewed and approved by experts in the field of radiology from the ACR and RSNA, as well as other professional radiology organizations.

To help ensure current and accurate information, we do not permit copying but encourage linking to this site.

Promote Your Page Too